The EU-commission evaded the law on EDCs

The EU has been caught breaking the law by failing to publish a definition for ‘endocrine disrupting chemicals’ known as EDCs – the chemicals that affect our hormones and used in many every day products.

The EU’s regulation on biocidal products (substances that are intended to destroy risks but that can also have a harmful effect on biochemistry) requires that the EU Commission defines the scientific criteria for how these chemicals should be identified. For EDCs this should have been ready by 13 December 2013. But this didn’t happen. In July 2013, the EU proposal for these criteria was blocked by the Commission’s former Secretary-General, Catherine Day, who insisted that an impact analysis be made first.

A year later, in May 2014 Lena Ek, who was Sweden’s environment minister at the time, decided to sue the EU commission for delaying identification of EDCs. This action was eventually backed by both the Council and the Parliament.

The EU General Court of Justice gave its ruling on 16th December 2015 saying that there was no need for the impact study.The Court said that in regard to the “alleged necessity, referred to by the Commission, of carrying out an impact analysis with a view to evaluating the effects of the various possible solutions, the General Court finds that that there is no provision of the regulation which requires such an impact analysis.” 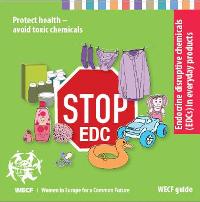 In other words the risks of EDCs are already obvious and harmful to human health. They are used to make plastic pliable and found in everyday products such as food containers, perfume, receipts, rubber boots and bath curtains. EDCs have come under suspicion for harmfully affecting the human hormone system. Rising levels of cancers and fertility problems have attracted scientists’ attention and led to the need for stricter regulation of the substances, in line with EU’s precautionary principle.

”Due to the lack of identification of EDCs by the EU Commission, EDC health risks have been hidden for too long.” says EnvirohealthMatters Nutrition Consultant, Ingrid Franzon. 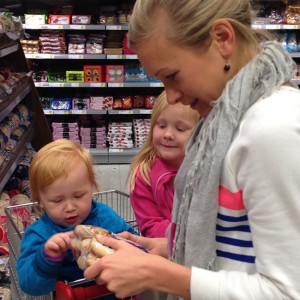 Ingrid is the initiator of Toxxscan, currently being produced in collaboration with The Ramazzini Institute, The Alliance for Natural Health International and is crowdfunding to complete the database, service and tools. Toxxscan is part of the Uppsala Innovation Centre UIC Business Start Up programme. When completed, the Toxxscan database can be accessed online or licensed by producers, buy­ers, distributors or other organisations. There are also plans to create a consumer app.

Pieter de Pous, policy director at the EEB, the Europe­an Environmental Bureau says: “Toxxscan may be an important complement that can bridge the gaps when EU policy is slow to do so.“ 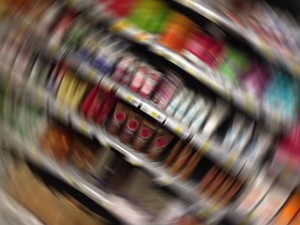 Although the EU General Court of Justice ruling will eventually change human exposure to EDCs, it can take considerable time before consumers and producers become aware of the many uses of these chemicals. “In order hurry along this process and achieve greater transparency, tools like Toxxscan are needed to enable safer consumer choice and safeguard our future,” says Ingrid Franzon.